“Transparency and authenticity are the most effective ways to establish long-term relationships based upon mutual trust.” 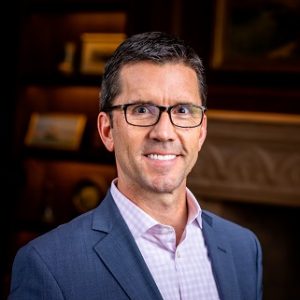 Tommy has a more than 30-year track record in financial services, which fortifies the Blueprint partnership team with deep industry experience.

He has demonstrated skill in:

He invested in the firm and became a Partner in 2016, bringing a spectrum of professional accomplishments that add value to the firm’s business and leadership team, including:

Tommy earned a Bachelor of Science from the Callaway School of Business and Accountancy at Wake Forest University. He later earned his Certification in Financial Planning designation from the College for Financial Planning in Denver and attended graduate studies in International Economics and Finance at the London School of Economics.

He has many different business and personal interests but finds work to be his most compelling hobby – something that was instilled in him while growing up in a small family business and farm, which taught him that work kept him out of trouble. Tommy now lives with his wife Katie on a beautiful lake in Altamonte Springs, Florida. Their nest has quickly been emptying, as his three children have reached adulthood. Fortunately, the two Maine Coon cats don’t show interest in leaving anytime soon.