“The world of finance is intimidating to everyday people – largely by design. My goal is to help change the lives of investors by replacing the industry’s omnipresent empty rhetoric and jargon with real, actionable truth.” 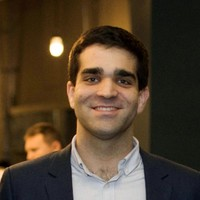 Joe is authentically a “numbers guy” – not one who simply finds data when it’s convenient to support an argument, but one who balks at the notion of using gut reactions or intangible feelings in the place of the unbiased truth of numbers.

As Director of Operations, he works cross-functionally to support:

A problem solver by nature, Joe is an asset during cross-functional strategy sessions and frequently leads interdepartmental initiatives in addition to managing:

He joined Blueprint in 2016 as Analyst, advanced to Senior Associate in 2018, and was promoted to his current role in 2020. He led the trading function until 2021, when the firm’s growth warranted formalizing trading as an independent role.

Prior to joining the firm, Joe was as an analyst at IronOak Energy Capital, which is focused in cleantech finance.

Joe earned a prestigious scholarship, the James M. Johnston Award, to attend the University of North Carolina at Chapel Hill. He received a Bachelor of Science in Business Administration.

Outside of work, Joe enjoys cycling, film, and playing music. He received his first guitar, a $10 flea market gift from his grandfather, when he was 14 and never looked back. His string instrument collection often makes an appearance in the background during team Zoom calls. Joe bleeds “Carolina blue” in support of the teams of his alma mater and also cheers for the teams of his hometown, Baltimore.